Ultrasound Cybersecurity: Here’s what you need to know

Why IT professionals are demanding Windows 10 on your ultrasound

Last week Microsoft officially ended security updates for Windows 7, an operating system that drives many of the most popular ultrasound machines.

What this means is that most ultrasound machines are now out of compliance with most healthcare organizations' security policies. And this creates a scare for cybersecurity and IT departments worldwide.

And this isn't related to just ultrasound machines. In fact, it created a problem for most connected medical devices, including CT, MRI, X-Ray and a host of other devices with Windows as their operating systems.

This is not limited to medium and large scale healthcare systems. Smaller healthcare facilities and private practices are affected, too. It's just that the smaller organizations don't have an IT Department to warn (and protect) them from potential threats.

Now, IT Departments and administrators must balance the cost-effectiveness of upgrading their equipment to only high-end systems running Windows 10. For ultrasound, nearly all systems that run Windows 10 are high-end systems released (or upgraded) in 2019.

But this doesn't mean you need to put a Tin Hat on your medical devices and take extreme measures. For many, it's not practical. And frankly, it's not easy to hack an ultrasound machine in such a way that it could create an expensive data breach. More on that later.

Recently we ran into a few organizations that had to make these decisions:

For some organizations, extreme measures make sense because the alternative is a nightmare. Data breaches were estimated to cost the Healthcare industry more than $4 Billion in 2019, according to Black Market Research.

Experts estimate the cost of a data breach costs more than $400 per record affected.

What is an ultrasound "data breach"?

A data breach is a situation where an unauthorized user gained access to the network or medical device and performed something such as: an attack on a network, stole data, or altered a patient's medical information (including replacing or altering images).

The most common ways a hacker could accesses an ultrasound system include:

This is scary, but is it real?

It's real, but it's very uncommon for someone to hack into an ultrasound machine. It requires a lot of work and is likely to return little reward.

Additionally, these attacks could only exploit systems running Windows 2000, a 20-year old operating system that is found on very old ultrasound machines. Most are running an embedded version of Windows XP, Windows CE, or Windows 7.

So, if you're a hacker, is it really worth it? Probably not. That's a lot of time spent attempting to hack a single ultrasound machine to steal/alter patient data from that particular machine.

However, as more devices become connected, the vulnerabilities grow. And your network is only as safe as the weakest link... granted, the weakest link is most often an unattended or unsecured office PC.

Windows 10 IoT and your ultrasound

Windows 10 IoT (formally known as Windows 10 Embedded) is the new Operating System of choice for medical devices. So what makes it special? There are a few key things:

This "IoT" version of Windows 10 is specifically designed for manufacturers. It is a limited, faster version of the operating system that can be customized by the manufacturer to do (or not d0) certain things. It was previously known as Windows Embedded, for which there were versions of all Windows operating systems going back to Windows NT 4.0.

Can I install Windows 10 IoT on my ultrasound machine?

Nope. Sorry. This is not an option. Installing Windows 10 on your ultrasound machine, or most any medical device, can't be done by an end user. Here's why:

This is why medical IT departments are "nagging" you

There are no "official" protocols for cybersecurity in healthcare organizations. So, your IT professionals must find the best way to protect their systems within the most reasonable, non-restrictive, tin-hat wearing solutions.

That's really hard to do, especially considering that there are hundreds or thousands of devices connected to their network. They can't monitor every single one.

And it only gets worse. Eighty-seven percent of healthcare institutions are expected to use IoT technologies by the end of 2019, with nearly 650 million IoMT (Internet of Medical Things) devices in use by 2020.

For small-to-large organizations that are the most likely targets, this is big. Especially those that cannot afford a cybersecurity expert, much less upgrading all their systems.

What you can do to protect yourself

There are a few easy things that everyone can do on their ultrasound to help protect their machines. You should do this for each medical device that has these options. Note: if you have a lower-cost machine, it's unlikely you have these options, and it's also unlikely that the machine is running Windows. 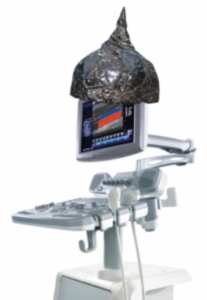 It's best to spend more time protecting the rest of your network... ensuring people are using good passwords and not leaving their computers and devices unattended.

If you want a machine that runs Windows 10

There are just a handful of machines that are running Windows 10 IoT as of this writing. There are very few that are available on the refurbished market. We are working hard to acquire more machines, but as of today, the GE Logiq e10 is the most readily available at Probo Medical.

This is not an exhaustive list, it's only what we could find through our library of ultrasound data. Please call for updated inventory and pricing at 866-513-8322.

Brian Gill is Probo Medical’s Vice President of Marketing. He has been in the ultrasound industry since 1999. From sales to service to customer support, he has done everything from circuit board repair and on-site service to networking and PACS, to training clinicians on ultrasound equipment. Through the years, Brian has trained more than 500 clinicians on over 100 different ultrasound machines. Currently, Brian is known as the industry expert in evaluating ultrasounds and training users on all makes and models of ultrasound equipment, this includes consulting with manufacturers with equipment evaluations during all stages of product development. 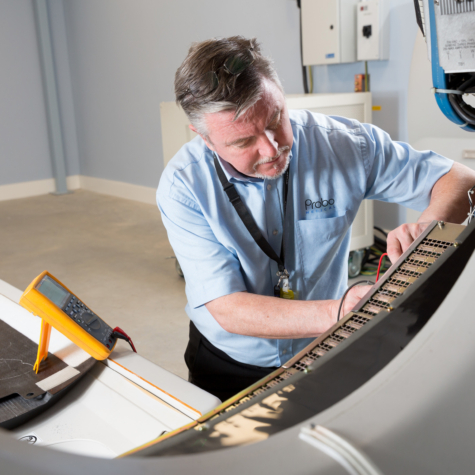